DragonCon, like Christmas (or say, April 14th) comes but once a year, and as I write these words, DragonCon 2018 is in the books. This was the fourth consecutive year I attended and it was great fun as always. Though Armadillocon remains my favorite convention, Dragoncon is an extremely close second—and really they're so different it's probably more accurate to say they are both numero uno.

I kicked off the convention on Thursday evening with dinner at Trader Vic's with a group of Baen Books (and Baen Books-adjacent) folks.  The conversation was fun and free-wheeling. At one point we got on the topic of religion. For ten to twenty minutes we discussed our various faith backgrounds. Represented were Protestants of various stripes, a non-denominational Christian, both practising and lapsed Catholics, and a couple of atheists. The conversation was completely civil. Well, the conversation moved on, as conversations do, and eventually we got on the topic of Star Wars, specifically The Last Jedi. The conversation got so heated we had to forcibly shut it down after no more than two minutes and move on to something else lest it come to violent yelling in the restaurant. That's right, this same group that calmly discussed religious differences that people in the past were literally killed over almost came to blows over Star Wars. Hilarious.

On Friday, I participated in the DragonCon mentor program. This is part of the writers' track programming. Aspiring writers sign up for fifteen minute slots with a professional and are free to use that time to ask any questions they might have. I had two folks come by and talk with me, one of whom I'd met at World Fantasy. It was flattering and a little surreal that someone wanted my advice, and I hope that the things I said were helpful.

Saturday I was at the Baen Travelling Roadshow to hand out the Year's Best Military and Adventure SF Readers' Choice Award. This year, the award went to the very deserving Kacey Ezell for her story "Family Over Blood." I've known Kacey for a while now and she's a great person and a great writer. For several years now I've heard seasoned pros refer to her as "someone to keep an eye on" and I couldn't agree more.

We also announced volume five in the Year's Best Military and Adventure SF series. Look for it next June!


Sunday was the Baen Brunch at Pitty Paty's Porch. This is where any and all Baen authors, editors, and Baen-adjacent folks get together and chat over tasty Southern-style food. I sat across the table from the legendary Mike Resnick and got to bend his ear about all sorts of things, including his time writing softcore porn novels back in the sixties. I've looked up to Resnick for some time, ever since reading his story "Kirinyaga" in college. He also published my story "See a Penny . . ." in his magazine Galaxy's Edge earlier this year, so it was really cool to get a chance to talk with him.

Later on Sunday, I moderated a panel titled "The Military Mind in SF," which went really well. And I can now say I've moderated John Ringo, David Weber, and Jack Campbell, which is a worthy distinction, I think. I also did a panel on promotion and PR on Monday.

Over the weekend, I spent a lot of time at the Baen Booth in the Vendor Hall, talking to fans and (hopefully) future fans, helping facilitate author signings, and generally hanging out with Baen folks. And of course there was much fun had over various dinners and at Speaker's Speakeasy (aka the Barfly Suite).

There's a lot more that went on—it really is a whirlwind—but I'll stop there. If you've never been to DragonCon, you really should give it a try. I can't wait for next year.

Quote of the Day 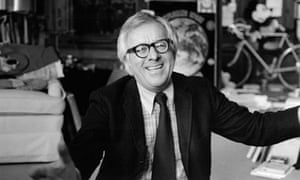 "Intellect is a great danger to creativity."—Ray Bradbury

Here's a twofer for ya! "When Sin Stops Love Begins" was an early release of Waylon Jennings', produced by his good friend Buddy Holly (who also played guitar on the record). It was later recorded at Norman Petty Studios by the Nighthawks, in a distinctly Buddy Holly style.