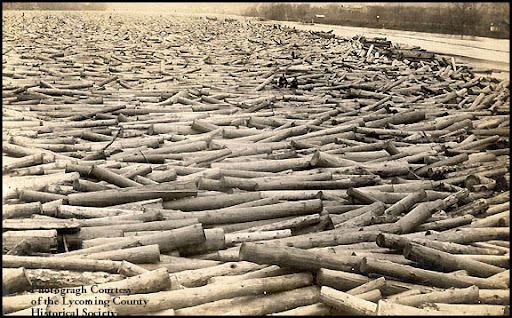 Writers are often asked where they get their ideas.* Different writers give different answers, some more smart-ass than others. (Harlan Ellison was fond of telling people he subscribed to an ideas service that would mail him fresh ideas every week.) But the general consensus of all the writers I've heard tackle this subject is that the person asking the question is focusing on the wrong thing. Ideas, they say, are everywhere; coming up with ideas is the easiest part of the writer's job.

This may not seem like the case to someone suffering writer's block. But, let's be honest, writer's block doesn't actually exist. So-called writer's block is really just a symptom of something else wrong in a writer's writerly life. Often it's tied in to self-esteem issues. You get rejected a bunch (get used to it, pal!), so you think you're no good and that any story you write is going to get rejected. Well, your unconscious mind thinks. I've got a nifty way to avoid rejection: we just won't write anymore! Hence, writer's block. The problem isn't some sort of magical "block" it's that you don't trust yourself to write something worthy. True, you may not write anything worthy, but you'll guarantee that you won't if you don't try.

But the whole self-esteem/writer's block connection has been tackled many times before. (In fact, it just was, in miniature, a few lines up the page.) I'm not too interested in getting into the nitty-gritty of it here. What I've been thinking about a lot is another cause of writer's block: Log Jams. (See photo)

So, ideas aren't the hard part. Once you learn to be receptive to them, you'll find they pop into your head all the time. Some of them are stupid (a short story narrated by a dog, only you don't know that the narrator is a dog until the last line!), some are decent, and some are really excellent. The hard part, the question people ought to be asking is: What do you do with them?

Are you ready? Because I've got the answer. Okay, here it comes:

Write them down as stories! Spend those ideas! Do not just keep them in your head or in a notebook waiting for the right moment to tackle them!

And what happens if you don't use your ideas? Well, some of them will vanish, which may not be a bad thing. If an idea floats away it didn't have much weight to begin with. But others will stick in the back of your mind like peanut butter, or glue, or some other sticky substance.

Think of ideas like logs floating down a river. Upstream, your unconscious mind is chopping down enough trees to send an environmental activist into convulsive fits and floating them down to you on the current. The crappy little logs (lame ideas like the dog-narrator) you let float past. But the big ones you're supposed to turn into lumber (completed drafts of stories). So what if you let one of the big ones float on out to sea? Nothing, you've just missed an opportunity for a good story. Oh well, plenty more where that came from.

Where you get into trouble is when you start pulling logs aside for later use. "Hey, that's a great piece of wood," you say. "But I'm not in the mood to write that particular story. I'll just save it for later."

Doing this a few times isn't a bad thing. You may need to come back to an idea at a later time. But do this enough and you're going to start a log jam. Pretty soon the inside of your head looks like that picture up there. You've still got new ideas coming in, but you can't get to them because all of the old ones are in the way.

The only solution: Clear that junk out! Start writing! Write the stories you think you can't handle and fail (or surprise yourself and succeed); write the crappy stories that you know no one will ever want to read ("For you see, I am a dog."); and write the ones you just aren't in the mood to write.

Stop saving up ideas like they're a precious commodity! They aren't!

That being said, I do think that sometimes stories need to ferment. You need a bit of time to turn them over in your head, to work them out. If that's why you're saving an idea, go right ahead. But most of the time, at least in my experience, that isn't what I'm doing. I'm avoiding writing perfectly ready stories because I'm too scared/uninterested/whatever. And that's what causes log jams.

Now if you'll excuse me, I've got like a hundred old ideas to turn into stories.


* No one has ever actually asked me this, but other reputable sources say it happens a lot.